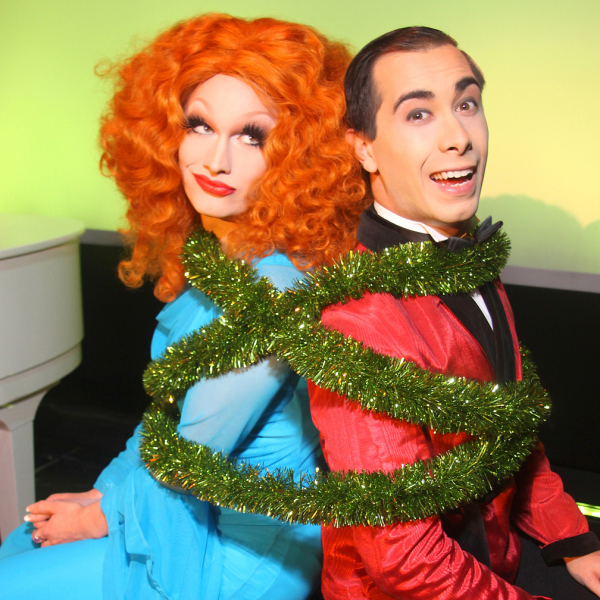 Oh. I knew we were in for a special treat with Jinkx Monsoon and Major Scales because their last show, The Vaudevillians, was so bloody amazing. They work together flawlessly, their timing is impeccable, and they know how to pitch their laughs. And we, the audience, lap it up and beg for more. They are doing a Christmas show at Soho Theatre in London right now. Oh yes, I know, it’s still sodding November and so too early for a Xmas thing. But… this is pretty much an anti-Xmas show so if you are already gagging at this end of year nightmare being stuffed down our throats and dreading that enforced holiday or, like me, avoid it all together, this is actually our show.

After all, half of this double act is Jewish. This holiday is not for her. And Jinkx riffs on this immaculately throughout the show. Major Scales, a delightful foil for Jinkx, is as usual faultless in his craft. 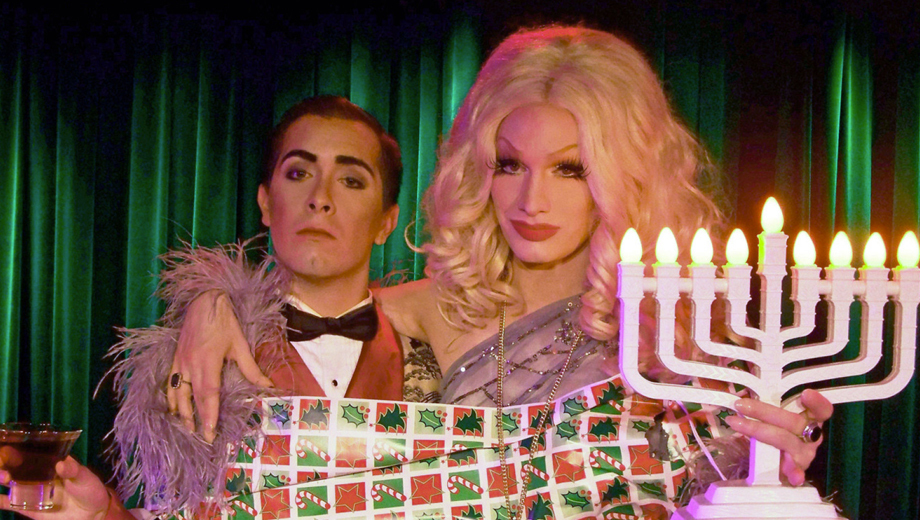 Both Unwrapped and The Vaudevillians are shows that have been honed over time and so the fact that they are exquisitely perfect makes sense. But this is also because they are stunning performers who are at their absolute best doing cabaret in front of a devoted, lucky, lucky audience.

They’ve put on extra dates. Go see this. (I’ve got a massive crush on the pair of them, can you tell?)

Jinkx Monsoon & Major Scales Unwrapped is on at The Soho Theatre, London until 10 December 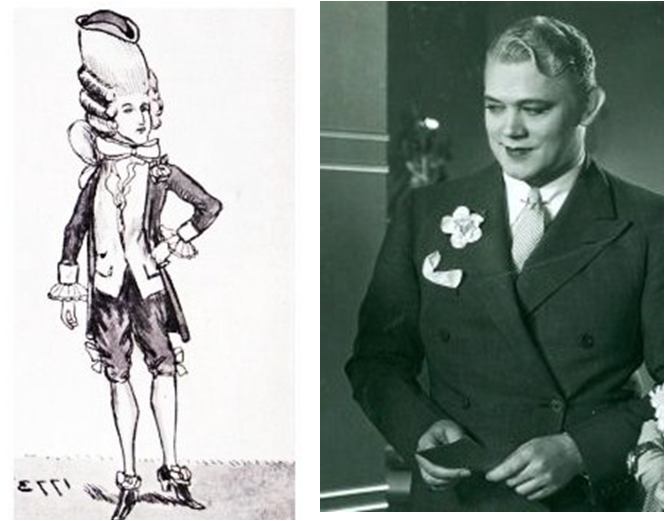 I love sissies, always have. Seeing sissies like Edward Everett Horton in Fred and Ginger movies, darlings,  gave me such a thrill as a kid. I adored his girlyboy best friend characters and would rather have hung out with him than boring old Fred any day. How I’d like to fraternise with Miss Ginger is perhaps the sordid subject for another blog post, another day… (With Miss Ginger Rogers, I’m a big fan of her early work and her later wigs…)

Back to the sissies.

In gay and queer culture there is a troubling anti-sissy stance that I abhor. I am so very, very glad that there are girlyboys out there who are queenie and perrrrrrrroud! And I welcome with big, fabulous open arms that there is a movement to reclaim sissiness. Think, ‘sissy that walk’ in drag. Glory at Alex Creep’s Nancy Zine, just for a coupla references off the tops of my campy head.

So to celebrate all things sissy, I’m gonna take you on a history tour of two points in the past where sissies were celebrated and found a home and a place to shine: The Macaroni Club and The Pansy Craze.

Macaroni and the Pansy Craze. Sounds like the best band name ever, right? Well, don’t nick it, it’s mine, darlings – © Corinna G. Tomrley. The G stands for Glamour. And Gorgeous. And Glitter.

Back to the sissies. Macaroni first. 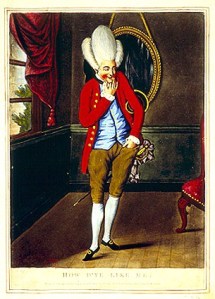 Riding on a pony

Stuck a feather in his hat

And called it Macaroni

Oh the screeching cry of a thousand ice cream vans! That childhood rhyme, shrilly yelled at playtime! But wait – called it macaroni?!?!?!?!?!? What the what now?

Well. Here’s a lil bit of trivia for ya. Yankee Doodle is a sissy. That’s right. Actually, he’s a buffoon and a sissy, the Doodle part being a dumbass. But we’ll ignore that part because we’re far more interested in the fact that this fella on a horse is a big ole sissyboy. Why? Well that’s where the macaroni comes in. Because the feather in his hat and his naming said bird bit Macaroni is a reference to the Macaroni fashion and The Macaroni Club, ways ways back in the 1700s. Oh my but that’s the olden times, ain’t it? Macaroni’s were dandys. Dandy, of course, is another name for a sissy. But a well-put-together, spiffing sissy. In 1772 a periodical was published called The Maccaroni Magazine: Or Monthly Intelligence of the Fashions and Diversions. Oh to have a subscription. There was the Macaroni fashion, especially very, very tall wigs and small hats atop very, very tall wigs. Actually this tricorn hat atop a wig was the actual Macaroni. The feather was just added flare. So Yankee Doodle called his hat Macaroni because he sissied it up with the feather. Other elements of Macaroni fashion included feathers (natch), flowers, multiple buckles, high-heeled shoes, handkerchiefs and smelling bottles. Those were some sharp sissies. In London there was The Macaroni club. More the collective (often derogative) name for the dandies in the capital it was never an actual fraternity or location. Pity. However, whatever: I’m opening a club and calling it The Macaroni Club. Free feather for your hat on entry.

My favourite sissies are probably the Pansies. The Pansy Craze at the Pansy Clubs was The In Thing for a short while in the 20s and 30s in the US, most specifically in New York, San Francisco and LA.

Pansy clubs were cabaret that was explicitly queer, with sissies, drag kings and queens entertaining gay and straight audiences with their comedy and song. These cats were cool and super gloriously talented. Just the thought of them makes this queer gal swoon! Known as ‘Lavender Spots’, ‘Queer Clubs’ or Panze Joints’, Pansy clubs were openly written about in the entertainment press: gives us some idea of the crossover these sissies (and kings and queens) had. Some of the more famous Pansy club performers were 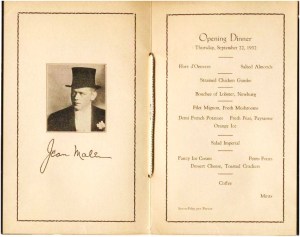 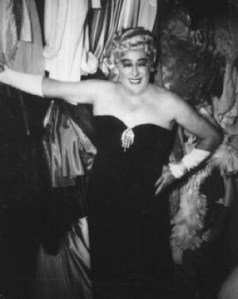 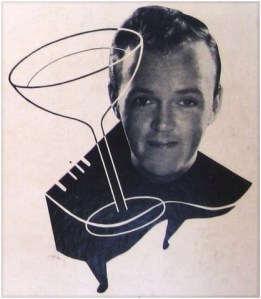 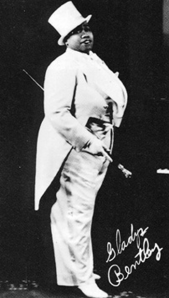 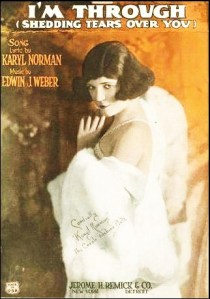 ‘The Pansy Craze’ referred not so much to the performers themselves – they did their acts before and after the craze rose and fell – instead it referred mainly to the fashionable attraction to these joints by a straight audience. Het punters were drawn to the exotica of the queer performers, who were letting them into their world for a night. But what I love about the Craze is that the Pansy performers had all the power, often insulting any patrons who expressed outrage (sound familiar?) and dazzling those who appreciated the fabulous wit and expertise of the Pansy star. Their tunes were love songs to another boy or girl or, for drag performers like Rae Bourbon, were about being trans. They were pioneers of out, in your face queerness. Prior to the Pansy Craze, to be queer was to be hidden and to only socialise in secret with your own. The Pansy Craze temporarily allowed queer performers to be out and celebrated, expressing themselves in a way previously unheard of.

As if you needed another reason to love ‘em, another aspect of the Pansy scene were drag balls. Again attended by a mix of gay and straight patrons, the drag balls were an outright celebration of queerness. Where in the Pansy clubs the drag and cabaret was presented as pure entertainment and usually always comedy-based, drag balls were an elegant party, a space for queers to be explicitly queer in a fancy place at a fancy party celebrating THEM. And these balls were fancy schmancy, darlings. They were based on cotillions or debutante balls which are, of course, also known as ‘coming out’ balls. And – get this sister – there would be a parade on a stage. But these parades weren’t a cabaret act. These were displays parading pure fabulousness, honey. But alas the parade was just for the queens. Where in the Pansy clubs women patrons in drag would sit in the audience watching the drag king performers on stage, at drag balls women in drag only appeared as party revellers – as far as I can tell, drag kings did not parade. Drag balls’ loss!

These are – of course – only a couple of examples of sissy history, culture and fabulousness but they are pretty rad examples, yes? Now. The only question is: as host of The Pansy Craze Ball at The Macaroni Club am I going to go as a dandy flaneur sissy or as a hot, dapper drag king? Decisions, decisions, darlings.

Read more about LA’s Pansy scene in Willam J Mann’s sublime and vital Behind The Screen: How Gays and Lesbians Shaped Hollywood